Warning: count(): Parameter must be an array or an object that implements Countable in /www/webvol29/06/en16crj248qcyuh/ladislaushoratius.com/public_html/wp-includes/post-template.php on line 316

(Letter to my daughter, if I had one. Written in the heat of the #MeToo campaign of late 2017.)

Your mother long ago told you about the birds and the bees. Those things were very different in my times. Many of us got the information late, and in strange ways. Parents are no longer needed for THAT, now that there is Internet (the ways of which also are strange).

I want to tell you something that is more difficult to Google, something that Google might even hide from you. It is not knowledge or information but insight, maybe just love. Because I care about you and love you.

Let’s start with the grim part. Get yourself a can of pepper spray. I don’t give a fig if it’s illegal, just get it. Then take a self-defense course or learn on the Internet how to defend yourself if “the shit hits the fan”. (A colorful expression from my youth, meaning: if you end up in some violent, force majeur situation.)

This every self-respecting (or man-hating) feminist could have told you. Yes, sometimes it’s a jungle out there and I see no reason why my daughter should not defend herself if attacked. Not everybody plays fair, so why should you?

My next advice is: PLAY FAIR! As much as you can, play fair. You are by tradition called the fair sex, but that word has a double meaning. Don’t just be pretty, be also just. Be more than the fair sex, be the fair playing sex. That will make me proud of you.

Try to understand how different life is for men and women. You have heard about all the injustice committed against women. Much of that is true. (How much depends on who your source is. Men commit most crimes but the number of men committing crimes is very small.) There are horrible crimes committed against women — and men. Don’t make yourself stupid and blind, the coin always has two sides.

Be aware of power, so that you don’t misuse it. Look behind and beyond appearances. The seemingly weakest can be the strongest, and the seemingly strongest are sometimes practically impotent and powerless.

The prostrate lover, when he lowest lies
But stoops to conquer, and but kneels to rise.

How can that be, how can a victim be stronger than a perpetrator?

Because of victim power, the power you get by portraying yourself as a helpless victim. You are old enough to know about girly tricks. So am I, by now.

Don’t use the trick of looking weak and stupid. Color your hair any color but don’t be blonde on the inside. Be dumb by all means if you cannot help it, but don’t play dumb. It’s NOT smart.

And don’t even be smart. Smart is for animals. Be sharp. 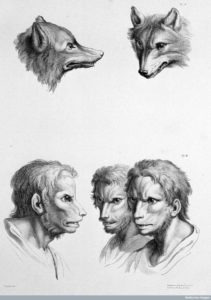 We both know that playing dumb will get your perks and privileges. A free drink, help with your laptop or your broken down car, the best seat in the hall, and not least the appreciating looks of men who want to protect you, and more.

Don’t play that game, daughter. Be my daughter, be more original than that.

So what game SHOULD you play? Why not GO or chess. Or any other game that is about fun and play. About mutual fun.

But don’t play the power games. Yes, they may seem like innocent fun but if you are sharp (and honest) you know there is more behind the curtain. For example maintaining your status.

What status? you ask.

Don’t play ignorant. Your status as the fair sex, the weak sex, the oppressed sex. Yes, it’s awful that you cannot take a stroll alone at night without fearing this and that. I walk a lot in the night, without any fear at all. That’s why I tell you to learn self-defence and not walk alone.

But beyond that, be the fair-playing sex. Don’t use men, and never take revenge on men who have done nothing to you, who on the contrary help you in many ways, respect you just because you are female, unprotected and supposedly weak.

Don’t be unprotected but also don’t be weak. Don’t hide behind a mask of blonde innocence and naivety. Don’t play charades, unless you play charades.

In other words, don’t be just any daughter.

Yes, I expect things from you. More than from many other women. You say that’s unfair? Expecting much can be more than “fair”.

By setting up a high goal for you I show you my respect. You see, in my life not many women have deserved my unreserved respect. Why is that? Because I see too many feminine games, too much conformism, too much concern about surfaces (clothes, hairstyle, the latest trend or fashion).

Women can remind me of Christmas. We men sometimes dress the Christmas tree, but many women ARE Christmas trees. Be much more than a Christmas tree! Don’t be afraid of being deep, or intelligent, or wise. You don’t have to wait until you are old and grey for that. Just look at your mother.

If “deep” scares some men, so be it. Forget about fearful men. There’s no men shortage on the planet.

In a way both men and women are stuck in cliche roles. We for example always turn around after a good looking woman, you never turn around after us — even if you find us attractive. You, little princess, have learned that that is not done.

But what about noblesse oblige?

Do you have ANY idea what joy you could give a poor bastard, especially if he is not photogenic, if you turned around after him, or even looked at him for more than three seconds?

Yes, but that could be dangerous! your guardian feminists say. That could encourage him, awaken the wild beast in him, the Mr Hyde in him, the monster within him.

Well, it could even make his day.

Be a woman, daughter.

Don’t be a man, but don’t be ONLY a woman. Be more than that.

You have heard about anima and animus, the female part of man and the male part of woman. Let’s say Yin and Yang. Both contain a bit of each other. 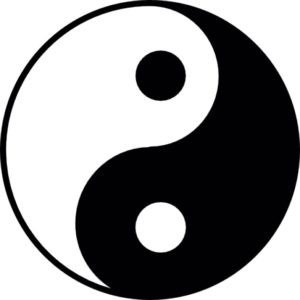 Just as I try to build the positive Yin /female/ part in myself, so build you the positive Yang in yourself. Don’t regress, don’t remain a girly girl your entire life. Cultivate feminine graces but forget about “graces” that are there to rake in privileges.

Be responsible and develop both Yin and Yang. Be a strong woman, but with the other sex, not against it. Don’t wage amazon war and don’t twist men around your little finger. 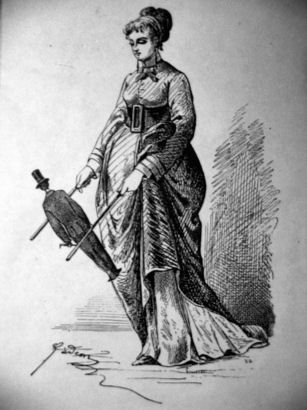 Know that it is much to easy to oppress men. I know what I am talking about. Be aware of male weakness. See it, observe it and be strong enough not to take advantage of it, proving that you belong to the fair-playing sex.

Men get lonely and cold and long for an embrace, a warm soft woman to hold. Many women know this but are also practical and business-minded, their pocket calculator never far away.

Okay, so what can I get for my warm embrace? Let’s see, a house, swimming pool, a BMW…

Don’t be a businesswoman, my daughter. That would make your bohemian father very sad. Only do business in the best, cleanest and most honest way. Pay for the wares with money, not yourself, not with false smiles or pretended charm. Use your smile and charm to make others feel good, not to buy yourself feminine advantages.

Know your gift. Know that the smile of a woman can be a blessing, almost a symbol of the Sun. You probably cannot imagine what joy a girl’s or woman’s smile can bring to a man. Know this, ponder this, then act wisely.

Don’t smile in a mercantile way. That gives you unfair advantage, it’s like doping. Play fair and use your real advantage; that of being a creature with different qualities and talents than men. Be Venus, not Mars in drag. Bring warmth and beauty and kindness to the world.

God knows we men often cannot muster those qualities, we even voluntarily go against them. We like fighting and shouting and shooting too much. Don’t imitate us. It’s bad enough as it is. (But also don’t forget how much beauty some of us have brought into the world, with music, poetry and art. )

Consider your rights and consider your gifts and duties. Help the world by making it softer, warmer, kinder, more peaceful. You are much needed in the world, but be a real sun, not a pretty, fake solarium.

Be more than fair. Be (like your mother) warm and beautiful, but also containing the positive, energetic, sharply thinking Yang.

Finally, listen to the world: the words, the sounds, the voices, including your own.

A woman’s voice can be the sweetest music in the world. But understand its double-edged nature. Girlish laughter is a wonderful sound, but directed against a man, laughing AT and not with him, it is like a cold sword stuck in his heart. I have felt it. I would be glad, and proud, if my daughter never gave anyone that experience.